According to the ancient history, it is said that the Goddess Durga (consort of the Lord Shiva) had thrown her sword in the river (called Assi River) after killing the demon Shumbha-Nishumbha. That’s why the place has been named as Assi Ghat as it is located at the union of the River Ganga and Assi River.

Assi ghat is described in the Kashi Khand as Assi “Saimbeda Tirtha” means the one who gets a dip here once in his life will get punya of all the Tirthas (religious places of the Hindu). Generally Hindu pilgrims are used to of taking the holy dip here in the Chaitya (month of March/April) and Magh (month of Jan/Feb) as well as some other significant events like solar/lunar eclipse, Probodhoni Ekadashi and Makar Shankranti.

At this ghat, a huge Shiva lingam is situated under the peepal tree where pilgrims are used of offering Jal and worship after taking holy bath in the Ganga water. One more Shiva Lingam is here named Asisangameshwar lingam in a small temple of the marble near to the Assi Ghat. Assi ghat has been also described in the ancient Hindu literatures such as in the Matsya purana, kurma purana, Padma Purana, Agni purana and Kashi khanda as well.

Significance and Rituals of Assi Ghat

Assi ghat is the everyone’s preferred ghat located in the south of the Varanasi. It is the place where one can spend hours very easily without any disturbance. It is the amazing and most natural place where students from foreign country, researchers and travelers are used to live here.

Assi ghat is place of huge crowd during any Hindu festivals where devotees come to take holy bath in the Gange water to get rid of from their all the past sin. It is also considered that before any Pooja, bathing in the Gange water prepare the one for doing Pooja. It makes the mind, soul and body clean and peaceful and fills with the spiritual thoughts. It makes the mind to concentrate very easily during Pooja without any harassment.

Assi ghat is one of the most famous and visited ghats of the Varanasi for tour and tourism. People from all the corners of the country as well as abroad must come here if they come to India for tourism. Some of the great festival such as Mahashivaratri, Ganga Dashahara, Ganga Mahotsav etc attracts a huge crowd in the Varanasi at this ghat. Most of the tourists are connected to the Jewish community at the Assi Ghat. For the security reasons of the people, additional police force is assigned to the Assi Ghat. This is the photo of the Assi ghat caught early in the morning by our photographer. Pilgrims are coming to take holy bath in the Ganga River and pay homage to the Lord Shiva temple as their daily routine. What a nice pic of the nature looks very natural and real caught early in the morning by the photographer at the ghat. This is the reality of the Varanasi where two living beings of the nature live together for each other. Tourists are resting at the ghat where a small child is selling chana. What a nice scene of the ghat having peaceful and clean environment. A pic of the ghat with the very clean and calm environment. A nice look of the Vishwa Sundari Pool is caught from the Assi ghat in the picture. Such a beautiful snap of the nature where River Ganga, Varanasi city and the sky are looking to meet somewhere very far. Amazing pic caught by our photographer in his professional camera. He has caught the scene of the Ramnagar fort from the Assi ghat. Assi ghat is the famous and most preferred ghat of the Varanasi. This ghat is very clean and attractive. There is resting place made for the tourists for their rest purpose. A beautiful lighting system at the ghat increases its attraction. What a nice pic of another side of the ghat where cattle are taking bath and drinking water of the Ganga. It looks very clear in the photo that the earth near the bank of the river has been tear. Varanasi city looks very attractive and gorgeous between the Gange River and the sky. It seems that the Varanasi city is dividing the two nature means the river and sky. Sailors are taking bath in the river early in the morning and preparing for their job of taking tourists from one side of the ghat to the other side. Boats in the river have started floating in the water and waiting for the tourists at the ghat. Sailors are arranging their boats for receiving the tourists. One of the boats has started going for the water traveling having two to three tourists. This is the early morning photo of the ghat where boats are still at the ghat. There are varieties of boats at the bank of the river Gange. Most of the foreign tourists like to travel in the open boat. 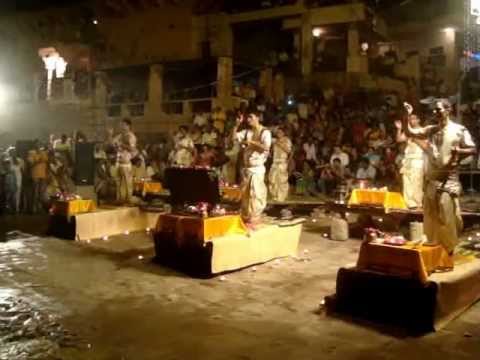